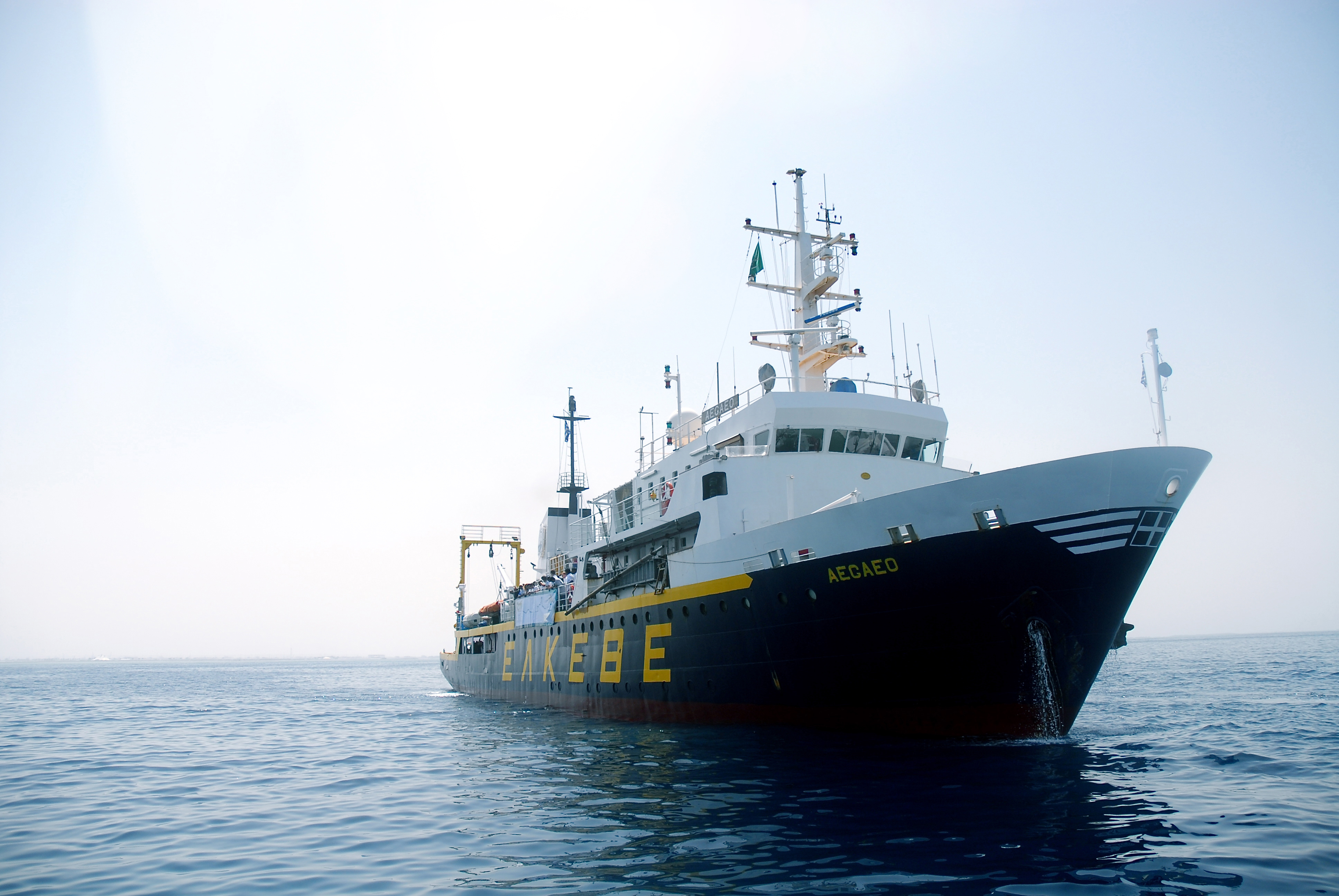 Developing new pharmaceuticals from the Red Sea and beyond

I’m fascinated by biological life in extreme environments: the mere existence of life under presumably unlivable conditions. The Red Sea is home to brine pools that are incredibly harsh in a number of ways. They are deep (2,200 meters below the surface of the sea), hot (some reach up to 69°C), have very high saline content and lack oxygen — or all of these at once. My question was: How can organisms thrive under these conditions? I answer this by investigating the evolution of microbial genomes in such habitats.

The project started with AUC’s move to the New Cairo campus and the research expansion of the School of Sciences and Engineering. External research collaborations and funding opportunities were promoted, such as the collaboration with King Abdullah University of Science and Technology. Over the course of five years, collaborative research teams — including scientists and graduate students from AUC, Hong Kong, Saudi Arabia, Greece and the United States — went on expeditions to the Red Sea. We worked 12-hour shifts, sampling water and sediments from different sites. Then we isolated the DNA, performed high throughput sequencing and developed a huge genomic dataset. Since then, we’ve been mining that data for biocatalysts and enzymes that might have unique biotechnological and pharmaceutical applications. Now the AUC Red Sea Marine Microbiology Group has graduated more than 50 Master of Science and PhD students, and some are still continuing their work on the Red Sea biocatalysts.

First, we’re understanding the evolution of microbes under harsh conditions. That knowledge can lead in many directions. We have discovered several unique Red Sea enzymes, including an esterase, nitrilase, mercuric reductase and an antibiotic-resistant enzyme. These enzymes have superior biochemical properties that would be attractive in several industries, including biotechnology, detergents and pulp. Recently, we’ve discovered new antimicrobial and chemotherapeutics agents. Humans have developed a resistance to many antibiotics as well as anti-cancer drugs. That’s impeding infectious disease and cancer treatments. Therefore, the discovery of new drugs is mandatory for the treatment of resistant cases.

We’re going on expeditions to arid and semi-arid areas in the Caribbean, collecting samples from hydrothermal vents. We are also interested in sampling active volcanoes in the Caribbean — and we’ll continue to gather samples from the Red Sea. Additionally, we have a project for the transition of the Red Sea enzymes from the lab to the industry. It’s thrilling to explore the unexplored. It’s also thrilling to take what we’ve discovered and apply it in ways that could change people’s lives.

AUC has put us on the cutting edge of the field. We’ve used state-of-the-art equipment in AUC’s molecular biology and genomic labs. Students from AUC’s biotechnology graduate program have played key roles in the project. AUC’s faculty research grants helped us complete different parts of the project and ensured the publication of our research in peer-reviewed scientific journals. AUC has supported our collaboration with leading institutions around the world — from the Scripps Institution of Oceanography to the Technical University of Berlin and ETH Zurich. I believe that AUC is building the next generation of thinkers, researchers and discoverers: the people who will solve tomorrow’s problems.

0 comments on “Exploring THE UNEXPLORED”