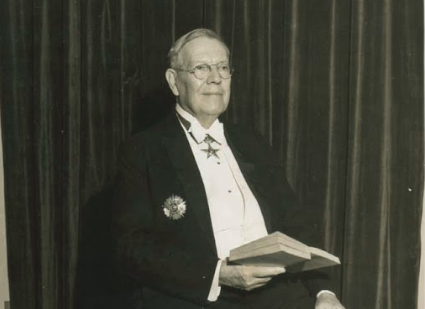 AUC Professor Blase Donadio decided on the spur of the moment to buy a car during his three-day stopover in Rome, managing to bring it back to AUC with him. When he arrived, he described the students’ excitement: “The students were all agog to see the miracle car that was brought from Rome in six days. They immediately baptized her Zarifa, an all-inclusive name meaning anything from hellish to angelic. Decals were made by an art student to adorn the window and a woven red Zarifa doll to sit primly on the instrument panel.”

“I remember a very funny [and] mischievous incident which took place during my sophomore year. It was a history class, and the teacher had some prejudice. She liked some students more than others, and I was among the unlucky ones. It was during winter, and it was a dreary afternoon and most of the students as well as the teacher were half drowsy. We had a report to prepare from some outside readings, which was to be read in the class. I was the first to be summoned to deliver my report. I spoke for 10 minutes. I was told that my report was not full and does not deserve more than a C. I sat with a scowl on my face, dissatisfied with the grade.

After two more reports, a friend of mine was called to deliver her report, which she did not prepare. She snatched my report, and audaciously, she began reading it. A few of the students who saw her take my report began smiling peevishly. Everyone was in suspense, wondering whether the teacher would discover the trick. Amidst the suspense, we fretfully giggled. We were scolded for our misbehavior. I was reprimanded for being so irresponsible as to laugh when my grade was C, instead of listening attentively to the report, which was graded A. Such is luck, fellow students. My report, the one I wrote, was twice-graded: once C for Miss ‘Unlucky’ and once A for Miss ‘Lucky.'”

The 1987 Caravan posted a piece titled “Cats! Cats! Cats!” about how the sixth-floor lounge of the Falaki girls’ hostel had been filled with cats, who “seem to have mistaken the place for a shelter.”

“Dr. Howard taught me English. I can still remember his particular technique. Whenever I submitted a paper, if there was one word that wasn’t quite right, he would just put a tiny little tick with his pencil underneath it. There was no indication of what the right word ought to be, just a little tick. And I would go home, puzzle over it and spend a couple of hours searching through the dictionaries until I found the right word to replace it by. Well, I think I still do this when I’m working on an article or book. If I put down a word that isn’t quite right, I almost see Dr. Howard’s little tick underneath it, and I still spend a couple hours searching through the dictionaries until I find the right one.”

“Dr. Watson loved to entertain, and at his house, they would set a table and everything would be arranged. During dinner, Dr. Watson would break in with a new subject all set in his mind that would make a good conversation piece. In fact, I believe he had a whole string of topics for conversation scribbled on the inside of his cuff to assure that the table conversation would be kept on the rails and not run off into small matters that weren’t pertinent.”

“Dr. Robert S. McClenahan was the Dean of the American University in Cairo. He was quite an able man, of big stature and fine presence. He was nearly blind by the time he died. The last time I saw him, he told me about standing on the street, on the corner of 5th Avenue, New York, alone waiting for the traffic to stop so that he could get across with safety. As he stood there waiting, a friendly hand took him by the arm and gave him a little push, and the two of them went across the street in perfect safety to the other side. This stranger turned to McClenahan and thanked him very much. And McClenahan said, ‘What are you thanking me for?’ ‘Why, for getting me across the street,’ the stranger responded. ‘You see, I’m blind.’”

“General AUC characters in those days were the Zabit, a sort of discipline officer, who, when he was not prowling about, sat at a desk on the right-hand side beneath the central stairway of the main building. He made certain people went to class, did not lie about smoking on campus or cavorting with the odd female, and wrote the list of the day’s post on a blackboard precariously hung against the iron railing fence on the main gate.”

“Naguib Rihany, the great popular playwright of social significance, died suddenly in Egypt. That year, one of our girls had made Naguib Rihany and the social objectives of his plays the subject of her senior thesis, and she spent a year on this. She talked to Rihany and she read all his plays, and when he died, this really was the only account available about his philosophy of acting, a list of his works and how he went about it. It became very valuable. We sent one copy to the Library of Congress. The Egyptian government had a copy. And the girl who did it had a type of education that she just wouldn’t get out of a book.”

According to the 1953 Caravan, during President Nasser’s visit to campus, “he was surrounded during this time by students and visitors anxious to greet him or get his autograph. When he entered the library office, many of the spectators attempted to enter also. When their knocks on the door went unanswered, some jumped in through the window.”

It also reports, “When he was given a copy of the Campus Caravan, he was astonished to find the complete story and pictures of Arabic Day already included in the paper. As he looked at his sketch on the front page, he was asked if he was the person show there. He replied that he was and added that the Campus Caravan was a good looking paper.”

0 comments on “From the Archives”