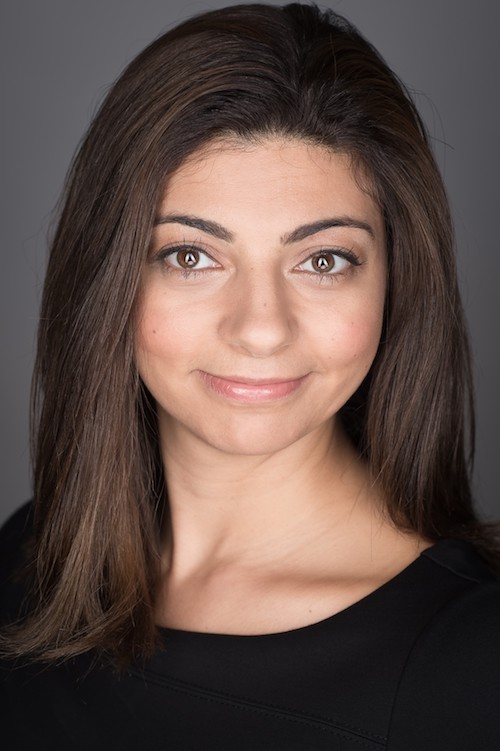 Science and Technology: Alumni in this category contribute to advancing scientific knowledge, showing innovation and bringing true benefit and well-being to mankind. They engage in impactful scientific research that provides solutions to global problems.

Can You Feel It?

When Rana el Kaliouby was 8 years old, she remembers overhearing her uncle ask her father, “Why are you investing so much money on your daughters’ education? They’re just going to grow up and become housewives.” Despite warnings by el Kaliouby’s uncle, her parents prioritized el Kaliouby and her two sisters’ education. El Kaliouby received a scholarship to attend AUC at age 14; earned her bachelor’s and master’s from AUC and her PhD from the University of Cambridge; was a research scientist at MIT; co-founded and became CEO of Affectiva, the global leader in artificial emotional intelligence (Emotion AI) and pioneer of Human Perception AI; and became a trailblazer for women and minorities in tech.

In addition to having been an undergraduate, graduate student and staff
member at AUC, el Kaliouby joined the Board of Trustees in 2015 as its youngest trustee. “I’ve worn many hats at AUC,” she says with a smile. El Kaliouby says the position has given her a different perspective on the University as an organization. “A lot of people don’t really understand what a trustee is. It’s a volunteer position. I just admire these people who have decided to direct their time and money toward AUC. The University is lucky that way.”

Looking back at her time at AUC, el Kaliouby says she tributes much of her
motivation to one professor in particular. Hoda Hosny, the only female computer science faculty member at AUC at the time, was el Kaliouby’s role model. “She really influenced my thinking and made me feel like it was possible to be a faculty member too because I saw somebody I could really resonate with. She supported me throughout my time at AUC,” el Kaliouby says.

El Kaliouby carries that same sentiment she had at AUC as her career and influence expand. “I’ve used this opportunity of being CEO of a global AI company to be a megaphone for things that I really care about, like supporting women in technology and being an advocate for diversity. You just need one believer. You just need one champion who is going to believe in you and support you and help you get a chance or an opportunity.”

During her time at AUC, Reem Al Olaby, recipient of the Yousef Jameel PhD Fellowship in Applied Sciences and Engineering and the Nadhmi Auchi Young Arab Leaders Fellowship, researched drug leads to fight hepatitis C and malaria, in collaboration with prestigious institutions including Caltech, Stanford and Johns Hopkins universities. Her other research interests include breast cancer and the genetics of autism spectrum disorder. She is currently assistant professor of biology and biotechnology at California Northstate University.

A software engineer, Wael Amin has stayed connected to AUC by serving on the curriculum advisory board. He lectures frequently on Managing Professional Services and is a founding member of the Software Engineering Competence Center in Cairo. Amin is managing partner and co-founder of Sawari Ventures, and co-founded ITWorx and Microlabs. He was a mentor and judge to Endeavor, Flat6Labs, Google Ebda2, INJAZ and Bedaya. While heading ITWorx, the company spun off a number of successful startups, including Otlob and NetCelera.

In 2011, Ahmed Zahran co-founded KarmSolar, an Egyptian joint stock company working in the field of off-grid solar innovations that quickly became the largest solar energy developer for the private sector. As CEO, Zahran is focused on redesigning the energy structure business model. Recipient of AUC’s Distinguished Alumni Award, Zahran is also co-founder and former board director of Nahdet El Mahrousa, one of the largest youth-run NGOs in Egypt, and is a board member of the Technology Innovation and Entrepreneurship Center and the Arab Development Portal.

Mohamed Rafea is tackling Cairo’s traffic with his startup, Bey2ollak, a mobile application that allows people to share traffic updates in real-time. “Through Bey2ollak, we empower people to beat traffic together,” Rafea says. Bey2ollak now has 1.3 million registered users and is a winner of the NexGen and Start with Google competitions. Though it began as a crowdsourcing app relying only on manual updates, Bey2ollak has expanded its services to include safety and GPS updates. To Rafea, the most positive result of his app is the impact it has been having on people. “We have been creating jobs and helping people lead healthier lives by avoiding problems related to traffic and safety.” Rafea is a recipient of the 2015 Distinguished Alumni Award from AUC.

With a 21-year career at Microsoft, Karim Ramadan is currently worldwide senior director for Emerging Markets Industries. Having previously served as general manager of Microsoft Egypt and Microsoft Business Solutions for the Middle East and Africa, Ramadan received the Best Subsidiary in the World Award for the first time in the Middle East and Africa, and the Corporate Excellence Award from the U.S. Department of State. He also developed a wide range of nationwide projects, such as the e-Gov Project, Egyptian Education Initiative and Cyber Peace Initiative for Internet Safety for Children.

After graduation, Yaseen Abdel Ghaffar worked as a management graduate at Edita Food Industries, and later with ExxonMobil Egypt as a quality assurance chemical engineer. In 2013, Abdel Ghaffar founded SolarizEgypt, where he currently serves as managing director.

Abdel Ghaffar tributes AUC as having a big role in the success of SolarizEgypt. “When we started SolarizEgypt, the solar market was nonexistent,” he said. “We did 151 failed proposals before project number 152 was actually conducted by AUC as Egypt’s first grid-connected solar system. It was definitely the starting point that skyrocketed the business into the medium-size corporation it is today.”

Looking back at his AUC years, Abdel Ghaffar says his professors had the biggest impact on him. “Learning from their journeys and being able to transition from a professor-student relationship to more of a friendship where professors respect the way you think and you can have real dialogue with them… [This] was very positive [for me]. … That kind of dynamic and how to deal with them was extremely beneficial for me later on.”

AUC alumni are part of a unique network, he affirmed. “Being an AUC alum, it’s great to see the kind of relationship where the University continues to support its alumni years after they’ve graduated.”

During her time at AUC, Radwa Hamed was secretary-general of the Cairo International Model United Nations and chair of development in the Student Union, and was named among Internet Society’s 25U25. Currently, Hamed is a data infrastructure engineer at Affectiva, the global leader in artificial emotional intelligence, and has been named a 2019 Knight-Hennessy Scholar at Stanford University — one of only two people in the region to receive this recognition.